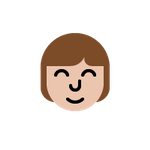 I’m Aaron and I’ve only just joined the world of Square.  I’ll be working with our super awesome Community team on the operations and success of this site you’re on right now. If you’re reading this, thank you for being a part of our Community.

I am so thrilled to be a part of Square’s mission to help everyone thrive in and be a part of the economy. I think that this Community is one of the best ways to achieve that goal. Right now, this website is the world’s largest gathering of sellers from all over the planet! We want to empower you to connect with each other, share stories and strategies, and most importantly: get the help you need to grow your business and make your life easier.

A tiny bit about me: I live in San Francisco, and enjoy bicycling, basketball, burritos and beer.

Do you have thoughts or ideas for the Community to share?  Leave a reply below 🙂

A couple of pics as well: 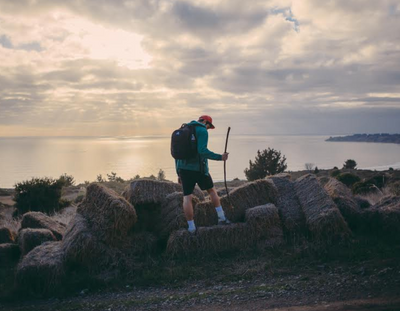 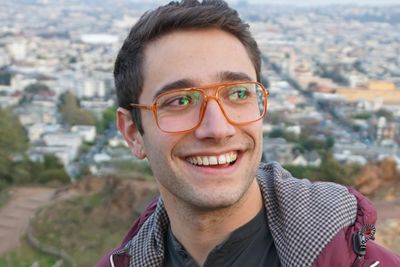 It’s great to have you and looking forward to seeing all the awesome thing you’ll bring to the community!

I’d love to chat with ya sometime, if you have time!

Looking forward to it,

Thank you @Pesso! I just sent you a private message to set up some time to chat. I'll look forward to connecting soon 😁

Thank you so much @aarontw ! Really looking forward to it, and great to have you here!

Why hello there mr Aaron, I am Matthew or I suppose more less online im known as Kat,

Freakinkat for the long name Imna world class professional gamer, my real job and passion is computer sciences, servers, networking and a huge array of other worldly nerd hobbies, ill hold back on the resume, lol. Anywho I'm looking forward to seeing what all and all I can bring to the table in terms of this beta program going on, because I love new projects, especially the ones that are getting that finishing polish! I'm more the "I can show you better then I can tell you" types so if y'all ever need a hand or 2 dont think twice to reach out to me, heck given this Covid thing Ive got plenty of time. For the time being. Talk to you later and nice meetin ya

Never stop learning! Knowledge,wisdom, experience comes to those who are destined for greatness. Be bold and never give up! ~Freakinkat
Reply
2 Likes
Message 5 of 8
546 Views
Highlighted

Thanks for the reply 🙂

What games do you play professionally? I am a pretty big gamer myself, as is @kellyj - who you might know from the Beta program.

I definitely get along with  "I can show you better then I can tell you" types  so I am excited to have you here!

From Counter strike source, to World of Warcraft before BC (burning crusade) after level 70 going to 80 got more into learning tech then anything lol, the older Call of duty games as well, in the FPS world I know and us to game alot with FaZe, 0ptic, Fata1ity (Fata1ity was at quakecon alot back in the day, amazing gamer. In the MMO world I was with Sad Face and Volatile (we were amoungst the top 8th clan in the world, I was the 5th best hunter globally, beaten Fata1ity twice, i was the 3rd person to ever beat him at Counter strike when he us to have his 50 to 1 challenge (Basically if you could kill him once in game youd win, he had to get 50kills (Yes he was that good, but also the best at any game at the opponents choosing *someone called him out on ice climbers one year, he mopped the floor with the guy and previously never played played the game in his life he said*. Fast forward to Overwatch nearly gotten to top 500 but for reasons I laid that game down competitive wise, toxic beyond reason. Was working at League of Legends and Rocket League but got caught up in working to much to have the time at the time... And aside from mobile codm, arknights, PUBG, Brawl Stars I was globally #1 for couple months, but its back and forth with that game, but still amoung one of the best in the world, I say the world alot because I was always taught to do my best at anything and everything I did, So naturally I always aimed for the top. Computer wise 😄 now that I could write a book on... Literally 😐 sorry i didnt want to get too carried away XD

Never stop learning! Knowledge,wisdom, experience comes to those who are destined for greatness. Be bold and never give up! ~Freakinkat
Reply
2 Likes
Message 7 of 8
528 Views
Highlighted

Never stop learning! Knowledge,wisdom, experience comes to those who are destined for greatness. Be bold and never give up! ~Freakinkat
Reply
1 Like
Message 8 of 8
525 Views